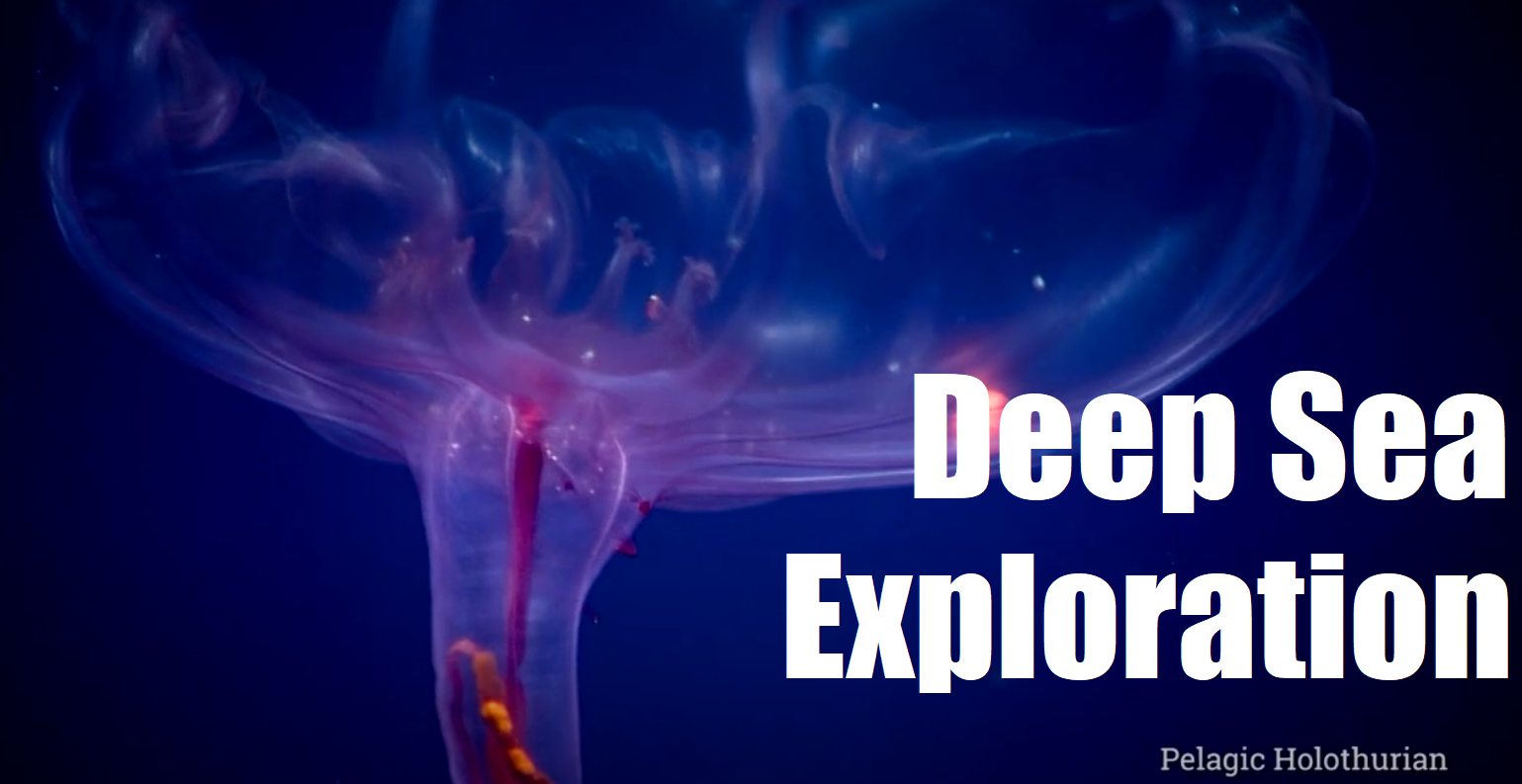 The Five Most Interesting YouTube Channels for Deep Sea Exploration

If you are into exploring you know that finding alien life is the ultimate discovery.

But you don't have to travel the Milky Way Galaxy to find alien lifeforms. We have plenty right here on Earth that you can find if you explore the Channel Galaxy! YouTube has several ocean research institutions uploading incredible video of strange fish, corals, and other invertebrate animals taken on submersibles deep under sea. These channels upload some of the best nature videos on YouTube. Here are YouTube's Top Deep Sea Exploration channels:

While the flyboys over at NASA may get all the glory, NOAA does possibly more interesting work right here on Earth. NOAA is the United States' National Oceanic and Atmospheric Administration, responsible for monitoring the weather, the state of US fisheries, and most importantly for our current topic: ocean exploration. The oceanexplorergov channel is NOAA's office of Ocean Exploration and Research official YouTube channel. Here you'll find the occasional video on the NOAA research vessel the Okeanos Explorer's varied missions such as under-ice Arctic dives or explorations of historic shipwrecks in the Gulf of Mexico, but the main focus of the channel is stunning video of undersea lifeforms. This video features the surprisingly colorful bioluminescent invertebrates of the Arctic Ocean:

Eric Schmidt's ocean research project, the Schmidt Ocean Institute, partners with research organizations around the world to conduct climate and biological research on the RV Falkor. Of the channels recommended in this blog post you'll find the largest number of personal interviews with crew members on this channel. Featured are not only the research scientists but also the sailors running the ship, mechanical engineers maintaining the robotics of the submersible, and most uniquely the onboard artist in residence. This gives a human touch to the business of deep sea research and exploration. While these personal vignettes are occasionally featured, the mainstay of the channel is archived live-stream footage of dives. You can watch the whole process from when the remote operated submersible is lifted off the deck with a crane and placed into the water and see it descend the water column to the ocean floor, stopping frequently to observe passing lifeforms. These hours-long live-stream-archives are great if you want to watch the whole process of deep sea exploration unfold or maybe just want an interesting but unobtrusive video to have on in the background while doing other things. Of course they do put together some short highlight reels of their more spectacular encounters, like this one:

Check out their live streams and videos on YouTube or find similar channels on their Channel Galaxy page here:

OceanX is a private research organization founded by Ray Dalio which partners with organizations like NOAA and the BBC to conduct underwater exploration. More than any other channel featured here they give a behind the scenes look at the techniques and technology of deep sea exploration used by the crew of the MV Alucia while filming nature documentaries and conducting academic research. Their frequent crew interview videos give commentary on life at sea as well as the research they are doing and issues for ocean habitats. The footage of the crew working in labs onboard the ship looks like a real-world Federation Starship out of Star Trek. In one of their most widely shared videos they discuss the harrowing lightning storm occurring at the same time they were capturing the first video of a live giant squid in the wild, but I think the footage of the alien environment of deep sea brine pools is perhaps an even more interesting video. The undersea pools of liquid appear like lakes on an alien planet, with the occasional fish seemingly flying over their surface:

Robert Ballard's Ocean Exploration Trust fields the EV Nautilus. Its YouTube channel contains highlights from deep ocean submersible video as well as overviews of technological leaps the team is making in the design of research vehicles. On my visit to their YouTube channel for writing this post they were live streaming from the ocean floor, although they do not seem to have archives of full streams like Schmidt Ocean does. There is a good chance you've seen the EVNautilus's popular video of a whale-fall covered in octopuses and crabs somewhere on social media already, but I think this video of a translucent jelly is more visually exciting:

Watch the live stream on YouTube or check out their page on Channel Galaxy here:

The Packard foundation’s Monterey Bay Aquarium Research Institute has a YouTube channel with some of the most spectacular content on the internet. There is a good chance you’ve already seen one of their videos of beautifully unusual deep sea life. Their recent video of a giant phantom jellyfish was posted on Reddit a couple dozen times and has over 4 million views, but their entire channel is filled almost exclusively with short videos of visually interesting and alien undersea lifeforms. The barreleye fish, despite being a vertebrate fish, has to be one of the most incredible creatures on Earth. It has developed a completely clear head to aid its unusually large eyes, which it can rotate 90 degrees straight up to look at the water above through its clear head. Here is video of this natural wonder on MBARI’s channel:

Check out all of their highlights on their YouTube channel or find similar channels here on Channel Galaxy:

We don’t have time to get to all of the interesting deep sea channels in our database of over 30,000 social media video channels today, so make sure you check the Channel Galaxy pages linked in this article to find more related YouTube content!